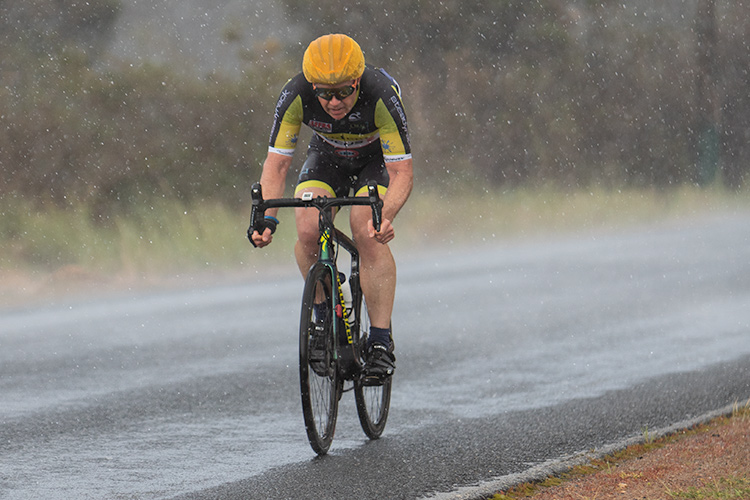 Last Saturday saw Peel District Cycling Club, Road Race Club Championships raced in trying conditions. While most of the road races this year had challenging winds, mother nature turned it up a notch with the strongest winds so far this season and added a nasty squally shower late in the race. 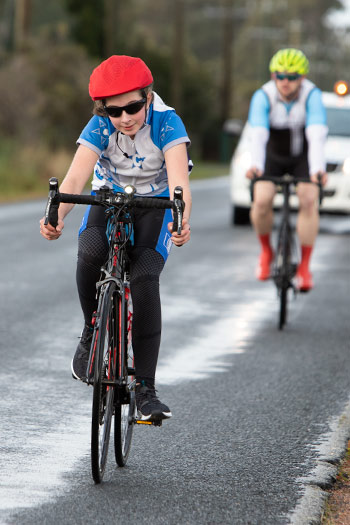 It was quite an initiation to racing for new rider Mia Kennedy, racing two of the best young riders in the state in testing conditions in E grade. Mia punctured on the last lap, and still managed to smile crossing the finishing line in third. Meanwhile upfront, it was the usual duel between Fraser McRobbie and Campbell McDowell, with McRobbie taking the win in a sprint from McDowell.

In D grade the small bunch was in survival mode, with nobody willing to push to their limits until the bunch sprint, which was won by Roger De Pontes, with Guy Pertwee second and John Wheelhouse third.

C grade was a race of attrition, with only half the riders surviving 50 kilometres of racing. In the reduced bunch sprint it was Sam Washington first, Simon Rice second and Richard Vas third.

It was attack, attack, attack in B grade, first lap saw three riders off the front, next lap four different riders, the third lap saw a solo attack by Scott McDowell. Next lap Ben Mears and Matt King set off in pursuit of McDowell as the bunch sat up, more interested in survival than the win. Mears and King chased hard, but the margin kept increasing as McDowell rode away to a convincing solo win. Mears was second and King third. 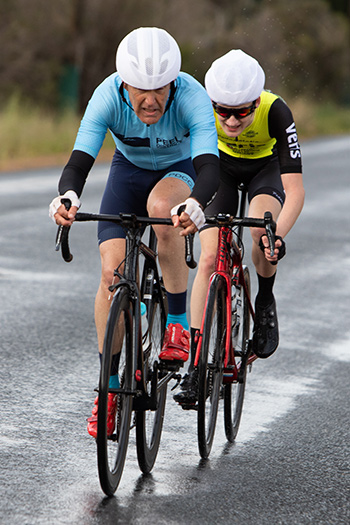 A grade saw a similar number of early attacks, then Matt Connan the youngest rider and Colin Rose the oldest rider in the race were off the front. The pair both skilled time trialists worked well together and forcing the chasing bunch to lose riders and breech racing rules to chase them down. Rose and Connan were caught with less than half a lap to go after being out front for most of the 80 kilometre race. The commissaire relegated the riders for the rules breech. Rose took the win, with Connan second and Ali Milne third.