The Peel District Cycling Club second race of Summer Criterium Series which is supported by the City of Rockingham, was at Alumina Way in Rockingham last Sunday.  The course is in a quiet industrial area with wide smooth roads that leads to fast racing. The only technical element of the course is the final corner and that is more to do with the proximity to the finish than anything else. You really need to be in the first five riders around the corner in a bunch finish to have a chance at the win. However, you can’t just launch your sprint straight out of the corner, as the road drags up towards the finish, so timing is important.

Chase group in B grade with Chaotic Energy rider in break 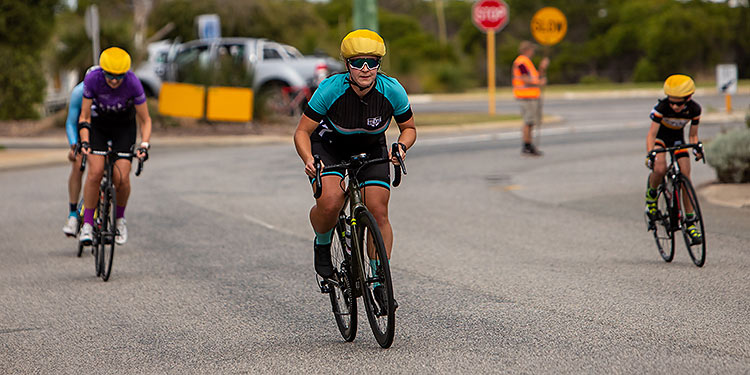 In D grade after a number of attacks, the bunch was together on the final lap Mackenzie Coupland was first through the final corner, closely followed  by Sam Wheelhouse and it looked like the pair would fight out the finish, until Daryl McKenzie late sprint took the win ahead of Coupland and Wheelhouse. The top three women were Mackenzie Coupland, Savannah Coupland and Zoe Stolton. The top three men McKenzie, Wheelhouse and Callum Campbell. 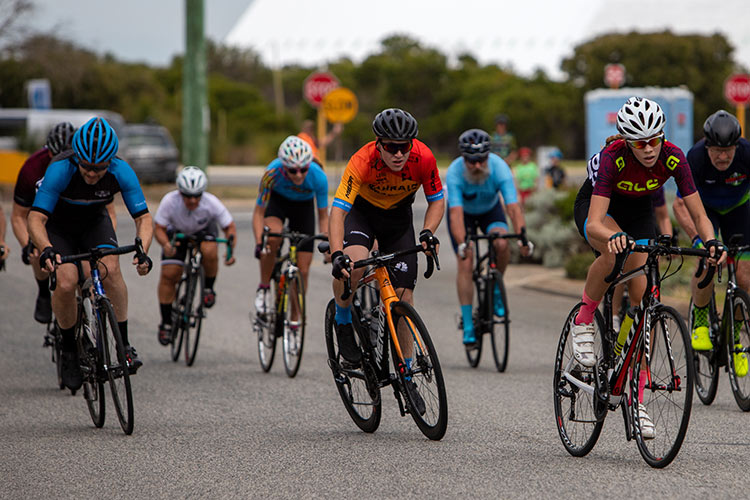 C grade was no different, a lot of attacks, one or two riders off the front, only to get dragged back and a counter attack to be launched and cycle started again. Another bunch finish, Sam Washington first out of the corner tired towards the line and was caught by Kelby Smart and then Nando Guzzomi passing both to take the win. The top three women finishers were Olesya Aleutina, Dianne McAuliffe and Katrina McLennan. The top three men finishers were Guzzomi, Smart and Washington. 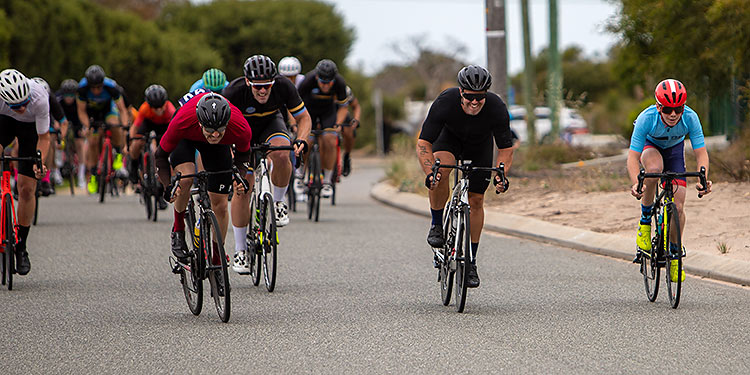 The B grade race dynamic was a little different from usual with the two largest women’s cycling teams in WA, Dome Coffees and Chaotic Energy trying to control the race.  Every time a break would go up the road one of the teams would be represented and the other team would lead the chase. As with the earlier grades it can down to a race to the final corner and Mark Matear came out of the corner and lead all the way to the line, Matt King was second and Adam Jones third. Teneal Attard from Chaotic Energy was not far away from the leaders to be the first women home, closely followed by Jessica Lawler and Amandi Nabi of Dome Coffees.

A grade was blistering fast, averaging almost 47 kilometres and hour for close to fifty minutes, as the race followed the familiar pattern, attack, chase, catch, counter attack and repeat. At one stage Patrick Saccani-Williams managed to hold the bunch at bay for three laps before being caught. The bunch was all together for a frantic final lap, which saw Bryce Lanigan first, JP Van Der Merwe second and Callum Milne third through the final corner and hold those  positions to the line. 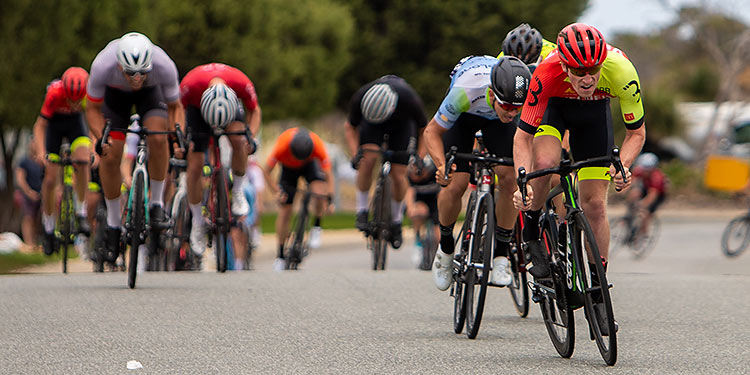 Bryce Lanigan sprints to victory in A grade