Last Sunday saw the final race of the year at Smeaton Way, Rockingham for the Peel District Cycling Club. Which was fitting, as this seasons racing was made possible by the support of City of Rockingham.

In E grade new rider Sophie McPhail earned a promotion to D grade, by riding away from the field. Hamish McGillivray stayed with McPhail until the last lap to be the top male finisher.  Behind the pair, it was a close finish between Kristeen Hapi and Xavier Correia, with Hapi taking third overall by a tenth of a second and second female finisher, Correia claim second male finisher. Regina Moohan, Hapi’s grandmother, lost family bragging rights finishing just behind.

Santa made an appearance in D grade. Unfortunately a red velvet suit is very good at retaining body heat, making it totally unsuitable for cycling. Santa had to retire halfway through the race. In a race of attrition, sixteen riders of  the thirty starters contested the finish. In the bunch sprint it was Myles White from Darryl McKenzie  and Callum Campbell third. Closely followed by the top three female finishers Dennise Laurence, Sarah Correia and Mackenzie Coupland. 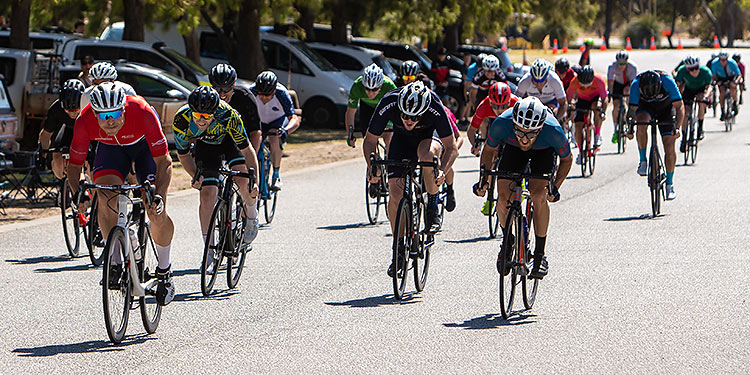 C grade, saw a number of riders trying to force a break. However there was always plenty of chasers and every attempt was chased down. In the bunch sprint it was Greg Reynolds taking the win, Dan Mijat was second and Daniel Fieldhouse third. Jo Boulton was the top female finisher.

B grade was very similar race, just faster, with attackers staying away a little longer. But again with plenty of willing chasers, every attack was brought back. In the bunch sprint it was Mikey Hoskens first, Nick Coster second, Nicholas Bolt third. Teneal Attard the top female finisher was fourth, followed by Jessica Lawler and Amanda Nabi. 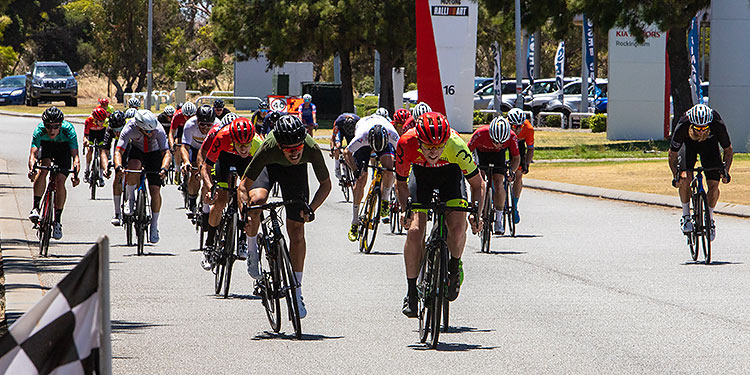 A grade was even faster and more intense. The attacks stayed away longer, but the chasers did not panic, even when former Australian under 19 National Time Trial Champion Tyler Lindorff got clear with five minutes to go.  With a lap to go, it was all back together and no last lap heroics was going to stop a bunch sprint which was won by Bryce Lannigan, with Lindorff second and Rockingham local Theo Yates third.