Peel Districts Cycling Club’s first race of the year was at Alumina Way last Sunday. While the wind was a factor in the earlier races of the 2020/21 Summer Season. Sunday’s 30 kilometre an hour plus easterly was the strongest and most challenging of all.

With a wide difference in ability in E grade, you would of expected the bunch to explode on the first lap and have riders spread around the course. Instead a couple of the older, more experienced  racers, kept the bunch together until the bell for the final lap. Then the attacks started, in the end Daniel jones took the win chased all the way to the line by Simon Stolton with Hamish McGillivray third. Kristeen Hapi was the top female, beating her grandmother Regina Moohan.

D grade saw a few attacks and counter attacks, but not one established  break. There was a number of strong riders who like their chances in a sprint. In the resulting bunch sprint it was Baden Gray first, Daryl McKenzie second ands Myles White third. With the top three female riders Kate Prevost, Donna Dixon and Zoe Stolton not far behind. 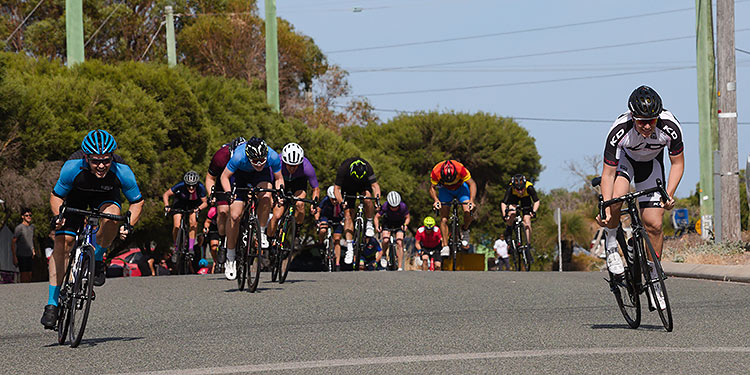 C grade was very similar to D, attacking, chasing, counter attacks and the easing of the pace. The surging nature of the race saw a couple of riders dropped but 27 of the 30 starters contested the bunch sprint which was won by Andrew Crack, with Sam Washington second and Dan Mijat third. Olesya Alutina was the top female rider followed by Dennise Laurence.

Mikey Hoskens attacked from the start in B grade. It took four laps to catch Hoskens and the chase split the race in two. The race became tactical with female riders marking each other out, the bulk of the second group was female. The only female rider to make the front group was Sarah Fowler of Chaotic Energy.  The other women’s teams wanted to chase the front group but had to be careful not to over commit and let Fowler’s team mates attack.

The constant attacking and counter attacking in the front group, kept the pace high and the after a few more laps it was obvious the race was not coming back together.  It was also not going to split further as there was always riders willing to chase. In the sprint it was Nigel Stella first, Doug Stewart second and Ben Mears third. Fowler stayed with the front group for first female. In the sprint in the second group Jessica Lawler took second, to be second women and Marion Bundt third.

A grade saw a five rider attack go clear on the first lap, a couple of laps later it was down to three riders clear and after a couple more laps it was only two.  Patrick Saccani-Williams and Joe Laurendi worked hard to stay away, and built up their lead over 30 seconds on occasions. However, as soon as somebody tried to bridge, the bunch would chase, the gap would close. Then once the bridging rider was caught, the gap would grow. After being of the front for almost 45 minutes in trying conditions, the pair looked to be cruising to victory with over 30 second lead with two laps to go. Then the chasers picked up speed, at the bell, the gaps was less than 15 seconds and things were not looking good for the breakaway. Saccani-Williams attacked on the back straight, got clear of Laurendi and held of to take the win. Laurendi  took second, two seconds of the bunch sprint which saw Mathew Wardynec claim third. 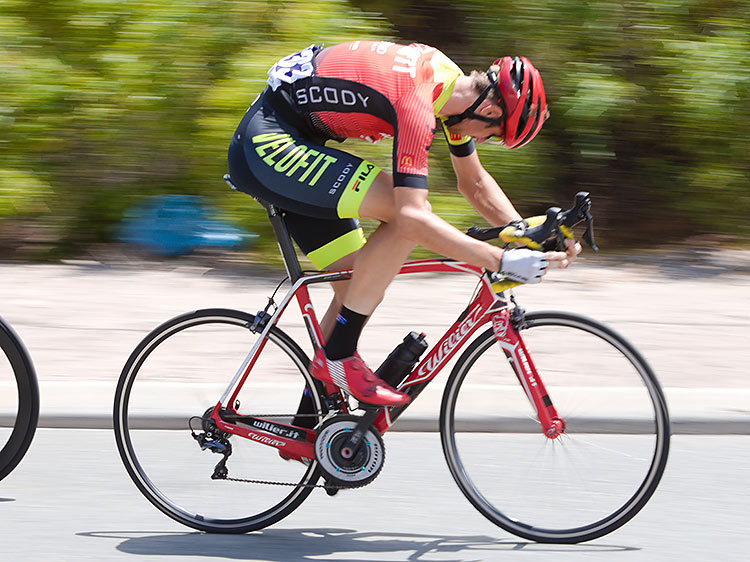 The Peel Districts Cycling Club would liker to thank the City of Rockingham for their support of the series.