Thank you to our Volunteers

The grades are based on ability, so you will get a mix of ages from juniors to masters, men and women racing in each grade. Though the season long points system is awarded separately to both men and women.

E grade has the biggest range of ages with riders over 60 competing against the Under Eleven State Road Race Champion.  The group stayed together for three laps of almost eleven kilometre course. In the sprint to the line it was Simon Stolton first, Lauryn Backshall second, Claire Sibbel third. Close behind was Kristeen Hapi the third female finisher, ahead of Hunter Murphy, Mick Backshall the second and third male finishers. 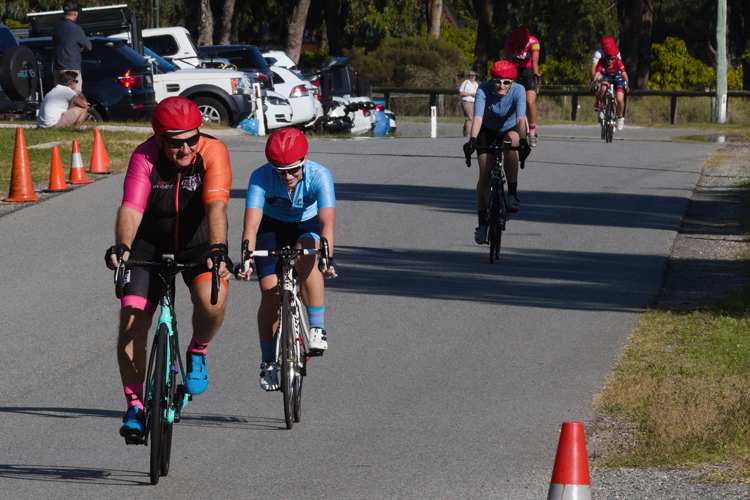 D grade saw a number of attacks and a few riders dropped, the bunch was together when on the final corner a couple of kilometres from the finish when Ricky Pedersen slipped off the front. Pedersen managed to stay off the front of the chasing bunch, right up to the finish line were he was caught by Robert Kidnie, who took the win. Pedersen was second and Darryl McKenzie was third. Zoe Stolton was fifth and first female finisher, closely followed by Kate Prevost and Sarah Correia.

C grade was faster, more aggressive version of D grade, a number of attacks, but everyone was chased done quickly. In the bunch sprint Chris Paterson claimed a narrow victory from Anthony Smithson, with Simon Rice third. Dennise Laurence was the first female finisher ahead of McKenzie Wilson.

With a reputation of chasing down every attack. It was unusual to see a five rider break established on the first lap of B grade.  It was a bigger surprise to see the break survive the following laps. It was only on the fifth and final lap the break was caught by the bunch. In the bunch sprint  it was Danny Savage first, Jethro Nagle second and Dan Mijat third.

There were attacks, chases, counter attacks in A grade, but nothing seem to stick. There was always riders off the front, but they always brought back. Approaching the final corner Bryce Lannigan attacked got clear and took the win. Harrison Aves was second and Brett Stapleton third. Darcie Richards was the first women in recent memory to start in A grade and finish in the bunch only two seconds behind the winner. 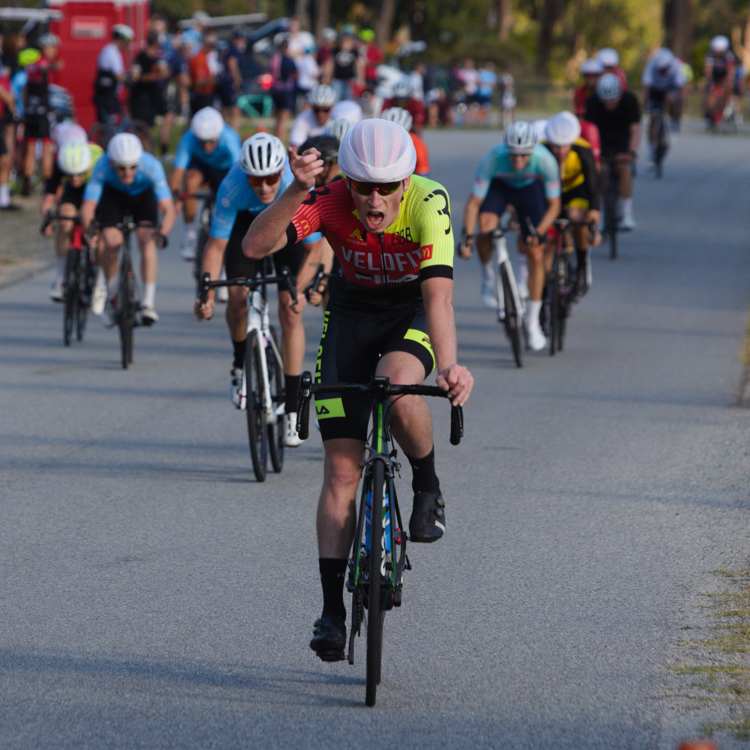